EUCs or Self Balancing Electric Unicycles are the the newest transportation trend in the urban area. They combine the flexibility of an unicycle with the electric movement of a Segway or Hoverboard. Most EUCs have only one wheel that is usually between 12 and 18 inches wide. 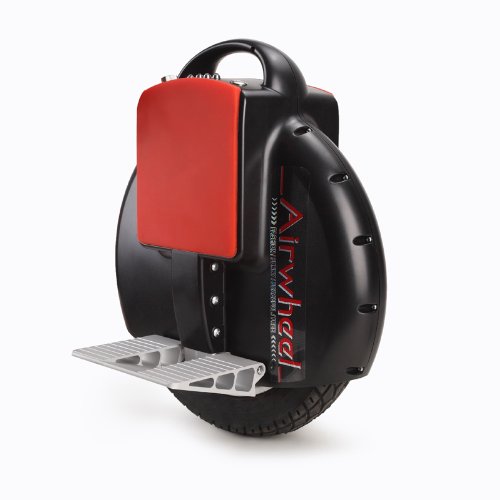 I still remember the first time when I saw a guy passing me standing on an electric unicycle. First, I simply thought that this was some new nerd gadget. But in the course of some weeks I encountered more and more women and men that were driving these freakish vehicles. Soon, I got enthusiastic about these strange vehicles and tried everything to test-drive them myself.

Today, electric unicycles still attract some attention on the street. However, if you live in a hip urban area you will already be used to it because you encounter them regularly. This development is not astonishing due to the huge potential of EUCs for the urban traffic

What is an electric unicycle?

Electric Unicycles – The new revolution in urban traffic and transportation

How to use an electric unicycle?

What is the target group for electric unicycles?

What are the advantages of electric unicycles?

Review of the best electric unicycles

How much do electric unicycles cost?

Where can I test electric unicycles?

What is an electric unicycle?

An Electric Unicycle or a Self Balancing Electric Unicycle is more or less an electric scooter that is balancing on just one wheel. That’s possible due to the gyroscope technology that was first used with the segways.

The segway was more or less the predecessor of todays electric unicycles and hoverboards. During the 2000s the segway was introduced as a revolutionar vehicle but in the long run is was just adopted by mall cops and sightseeing groups.

Why was that? Well, the segway was a new and innovative technology but too big, too heavy, too bulky and too expensive for the average joe. Therefore, it was only successfull in some small niches like security and sightseeing.

Self Balancing Electric Unicycles – The real revolution in traffic and transportation?

EUCs are the perfect vehicles for urban commuters that want to cross the city in a short and sustainable way. One big advantage – compared to the segway – is that they are relatively small and lightweight, so that you can even take them with you in a backbag. Therefore you are able to use your car, buses or the metro while carrying your unicycle on your back. That would be dificult with a segway and in many cases even with a bike.

So you remain very flexible and can just unpack your electric unicycle in areas where there is no good public transport connection. E.g. you could commute from your suburb in the city center with  with a train or metro and use the unicycle for driving from the train station to your office.

By the way: If you want to carry your electric unicycle in a backbag we recommend to buy a special carrying bag.

What is the range of an electric unicycle?

The range of an average electric unicycle is between 12-18 miles (20-30 kms). The highest speed can reach up to 12 mph. Therefore they are the perfect vehicles for short commutes in urban environments.

How to drive an electric unicycle?

As said before: EUCs are very similar to segways. The main difference is that you are standing just on a single wheel. Therefore climbing up and keeping the balance is a little bit more challenging.

Sounds easy, but in fact you need some practice in a safe environment to acquire the right body feeling. Normaly, people are able to learn driving an EUC in 30 to 60 minutes.

For whom are electric unicycles the perfect vehicles?

You might think: Well, that sounds nice but in fact EUCs are just some new trend  vehicle for urban hipsters and not a real option for the elderly.

Well, I don’t think so: While adults and seniors normaly need some more time for getting the feling for driving on an electric wheel, they are mostly able to learn it pretty fast.

Still, you need some kind of motivation and might need some hours to get the knack but as soon as you are able to drive it safely, you don’t want to move in any other way.

What are the advantages of electric unicycles?

Unicycles have a major advantage compared to vehicles with two or more wheels: There are fewer moving parts, lower weight and you can use your hands freely.

In the beginning of the 20th century the first motor-unicycles were developed (Monocycle). One memorable attempt was the development of the „Dynasphere“ in the 30s:

These prototyps were impressive but not very practical and suffered all from the same problems: Steering was difficult and it was a challenge to keep them in balance.

Therefore, for decades no further advancment was made in the development of motor-unicycles. Not until 2001 the said problems were solved – then the segway was introduced. From that point on, the unicycles just needed to become smaller and more flexible.

In our review we introduce the best self balancing unicycles on the market:

How much do Electric Unicycles cost?

Some years ago the price of most electric unicycles was way above $1000. Due to increased competition the price decreased significantly in recent years: You can acquire good quality unicycles between $ 500 – 1000. Some very cheap producers even offer electric unicycle for prices below $ 300. However, don’t expect to much quality from these offers.

Where to buy electric unicycles?

Where can you buy electric uicycles?

Well, the easiest way is to acquire them online. Shops like Amazon.com offer a wide selection of the most popular electric unicycles. However, you can also buy them offline. We will include a list of shops in the US and UK soon on this site.